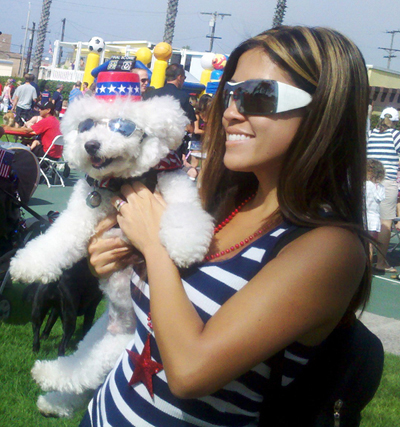 In the beginning, the biggest obstacle was figuring out how to create content that our followers would find meaningful, as well as finding the time between deadlines to consistently tweet and interact with folks in the medium. I have to admit, I was a little nervous when I first started tweeting. I wasn’t sure if the folks who followed me would care about what I was tweeting. These days, tweeting feels more natural. Although, finding time to tweet is occasionally still an issue. What’s helped is that our Marketing Team collectively gathers and strategizes content to push through our various social media channels.

I try to tweet a few times a day, beginning in the morning. I have to admit that there are times when I fall off the twitter wagon due to increased workload, but I try not to feel guilty and just jump back on when things calm down. TweetDeck’s scheduling tool and iPhone app are a lifesavers during extra busy times.

Create a profile and start by observing – listen to your clients, associates, employees, industry. See what they are tweeting about and tailor your messages by including the topics and key words they’re using. A good place to start is by retweeting folks you respect on Twitter. Showing that type of support is a great way to develop relationships. And be sure to always show good Twitter etiquette by thanking people who retweet you.

#CRE is a pretty relevant one.

Yes, our CMO, Ruth Brajevich (@WareMalcombCMO). She pioneered our firm’s entrance onto Twitter and social media in general. Ruth has built many valuable relationships through Twitter and really understands the medium. She is the strategic and creative master mind behind our firm’s social media philosophy.

Hang in there. Don’t get frustrated and give up on Twitter too soon. Eventually you will see the benefits of this engaging medium.

Finally, thanks to Bridget at Riggins Construction (@RigginsConst) for including me on this really cool blog series!