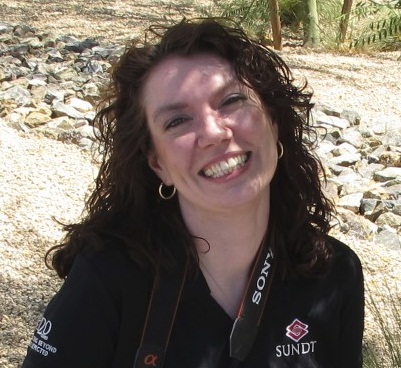 120 Years of Going Beyond the Expected, all morning trying to figure out what to Tweet.

It really did take me all morning to figure out what to tweet. I was very intimidated.

Explaining what Twitter and further social media is and why we should use it to Upper Management. They have actually been very supportive.

I use Tweetdeck and monitor Twitter every day, with the usual search columns for Mentions and “Sundt.” I tweet when I can and/or when I have something to share – there’s no set schedule. Some days I tweet a lot, some days hardly at all. It all depends on what’s going on.

I always recommend people go to http://www.momthisishowtwitterworks.com for a simple, funny, easy to understand Twitter “How To.” I didn’t author it, but I’ve linked it dozens of times.

When I first started using Twitter I searched for my peers in our industry (construction) and followed them, then I harvested their followers and who they followed. I followed anyone who looked like a peer, a subcontractor, a supplier, or other good content provider. There are several twitter and marketing people I follow as well – like @Mashable and some news channels (mostly local). I paid close attention on Fridays to find more people to follow that were recommended by those I was already following or who were following me.

I try very hard to provide good feedback to others, engage with them in discussions about our industry, social media, etc. I re-tweet (RT) notable articles, accomplishments, stories and posts. I use Tweetdeck (which is a huge help) to manage searches that are relative to what my company is interested in. It also auto-shortens links, automatically uploads pictures you drag into it, and more. Plus, it’s free.

Most importantly, in my opinion, I give Sundt a “personality.” I follow at least one other construction company that basically tweets the same dozen or so things over and over “we do this,” “we do that” and believe me, it gets old.

“Sundt Fun Fact: Did you know that Sundt moved the London Bridge? It was falling down, don’t ya know… http://bit.ly/dJJa7g “

It’s true, it’s relevant, and it’s cute. Getting re-tweeted in Twitter will get you more followers and people will actually be interested in what you post. I know that when I pop into Tweetdeck to check on my “tweeps” I scan through first for people who consistantly provide me with interesting content.

Don’t be afraid to have some fun. I really enjoyed Tweeting with a Giraffe from the Phoenix Zoo on April 1st. So much so that I went home and Photoshopped a picture of a giraffe in front of our office building. That’s a social media win all around I think.

I guess it would have to be #FBLT because (not to pat myself on the back here) I thought of it. One day I was trying to figure out how to get more “Likes” on our Facebook page and I thought “Gee, #FF had to start somewhere” why not Facebook Liking Tuesdays?” It was probably a Tuesday or I figured Tuesday didn’t already have a weekly thing that I knew of. I can’t take all, or even most, of the credit for its success though. @RigginsConst, @AZDuraWrap and @Therm_All, among others, immediately jumped on the idea and ran with it. They’ve since refined the concept, along with others like @CombotronicsInc and @SanJosePlumbing. It’s really humbling to be part of something that takes off like that. I’m proud to be a part of it.

Yes, actually @TeresaMedeiros was my original twitter mentor. She and @christinadodd are both bestselling authors who I paid very close attention to when I first started toying with Social Media on Sundt’s behalf – both on Facebook and Twitter. Teresa wrote a book called Goodnight Tweetheart that was not only a fun read, but offered very good advice on how to best utilize Twitter.

There are many others who I don’t interact with much, but always enjoy, like @BuildingMoxie and @Bobborson. There are so many more… I know I’m going to be #palmface’ing on this one as soon as I send it.

I keep waiting for someone to come tell me I’m not the right person to manage our Twitter account and take it over. That may happen someday, and that’s fine, but I think I’ve done a pretty good job with it. I’m proud of my efforts. I love my company and I think that shows in how I handle the accounts (Facebook and Twitter). That right there is why I think someone internal in a company should handle social media – sure, outside social media companies might be “experts,” but they’ll never be able to give your company quite the same “personality” as someone who loves it.