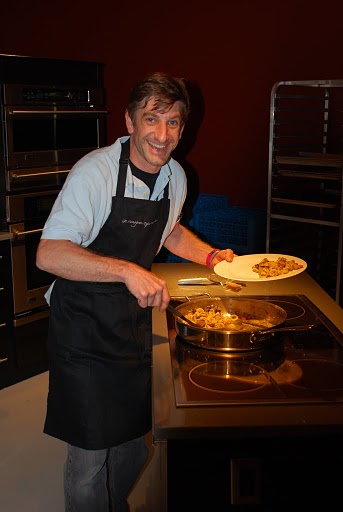 July 1, 2009. I created an account so I could add a widget to the business website I was developing. I thought it would be a smart (and economical) option for real-time communication.  That is, to let visitors know my current whereabouts and what I was currently doing. (Boy! Was that naïve.)

Was?  I guess when I first started, the challenge was simply learning the conventions. I seriously had to post on Facebook to ask about different things. “What’s an RT? And why would I use that? And what’s the pound sign used for? What does that mean?” From that, it was just a matter of using it … and using it and then obstacles faded away.

I don’t really have a schedule per se; but twitter has evolved into just one of any other related (business) activities, like having an email box open. Twitter (actually Hootsuite) is open throughout the day and I monitor mentions most days 9-5. I’ll hop on at night if I have time around household duties. I’m usually offline most weekends, but I monitor via my cell phone occasionally.

I will say that since I am a blogger I will repeat tweets (often tweaked slightly) on a day we have posted. My site auto-tweets first thing in the morning (6ish EST) then I try to go every three to four hours – say, about 11, 3, and 7 or 8 PM. If the day’s post was especially good, maybe I’ll do one about 11PM. I don’t do anything automated (other than that initial post tweet) and my philosophy is simple: chat at me and I’ll chat back.

Within reason, respond to everyone that mentions you – every time and always. Tweet and be tweeted. Retweet and be retweeted. It’s easy.

You know it’s funny that you ask this one. I’ve said many times that I am not a big hashtag user. Sure I have saved streams on #remodeling and such, but I’m not really the type of user that can get in and get focused on any one thing for more than a minute or two. Seriously! So, that kind of rules out any of the more prominent chats for me (#intdesignerchat, #kbtribechat, #designtv, etc.).

#ff, at times, can be a little burdensome because I do try to respond to everyone – and at this point, I get a lot of #ffs. #fblt is nice (Have you heard of it? Some kooky ladies started it ). Otherwise, it’s really good and it stands for Facebook Like Tuesday.

I think in life, in general, we are all mentors to each other. And Twitter has been no different. But, if I had to highlight a few, and returning to Question 2, I learned the ropes mainly from real life friends John Trader @John_Trader1 and Laura Keeney @onnabugeisha.

Beyond that, I say just follow (and engage) @bobborson & @Paul_Anater and do whatever they do (within a month of them doing it) and you will be successful in social media.

Just be yourself (even if you are running an account for a company), have a personality, and follow all commonly excepted rules of civilized society … please, thank you, tip on good service, form friendships . . . and so on.

A quick thank you to friend Bridget Willard and Riggins for having me as a Featured Tweeter. It was fun.