0
SHARES
FacebookTwitter
I’m often called the Den Mother of Twitter by a few of my peers because I feel a compulsive need to keep peace and safety in our social media neighborhood.
Here’s a bedtime fairy tale for you. 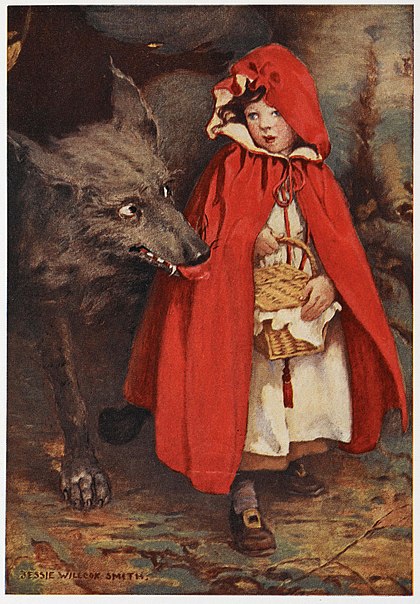 nce upon a time, in a land far, far away lived a Big Bad Tweeter.  He didn’t care about Tweeps in Twitterville or their cultural paradigms.  He wasn’t concerned about being social; he just wanted to be heard.

Now, the Tweeps in Twitterville were happy and good-natured. They wanted to learn and grow and talk about ideas.  They wanted to meet new people and share their lives.  But they were all secretly afraid of the Big Bad Tweeter.

Every time he came to town he bullied everyone in Twitterville with his endless shoutouts in ridiculous overtones, roaring and growling at any hint of correction.  He hunted down their hashtags for business connections and filled it up with spam.

No one could hear themselves speak.  They could only hear the roar of the Big Bad Tweeter.

One day, Little Red Tweeting Hood went to visit her social media guru.  Much to her surprise, her tweets had a different flavor. The personality seemed to fade.  The engagement was gone.

And the Guru replied, “I’m too busy. I have it scheduled.”

“But do you wait for replies?” she innocently asked.

The Guru replied, “This new app will do it all for me, I am too busy to tweet.  I have clients to talk to and proposals to write.”

Puzzled, Little Red Tweeting Hood felt as though she may have done something wrong. Did she follow The Guru down the wrong path?

No, in her gut she knew something wasn’t quite right.  With all of the courage she had to muster, she asked, “But isn’t social media social?”

The Guru scoffed and mocked her and ridiculed her for not being hip and with it.

Little Red Tweeting Hood was crushed. She began to cry. She questioned her own intuition. She felt as though she was a failure. She wondered if she had ever truly been effective on social media.

Suddenly, she had an epiphany.

“This couldn’t be my guru,” she thought to herself, “none of this makes sense.” Suddenly, her eyes became clearer.  In The Guru’s place she saw the impostor.  It was none other than the Big Bad Tweeter!

“Help!” she tweeted. She was afraid of the notorious Bully of Twitter.

Just then, the hero of our story, saw her checkin on Foursquare and returned a tweet.

He affirmed all of Little Red Tweeting Hood’s beliefs.  He gave her a precious book that contained all she needed to guide her strategy.  He told her tails of social media doom and epic failures.  All within this gold-embossed, book of magic, Little Red Tweeeting Hood found exactly what she needed to silence the Big Bad Tweeter.

I see people using Twitter as a glorified RSS feed for their blog or an ad-puker.  So absent of personality, I wonder why they even try.  Yes, they are in business, but if they believe that business is built on relationships, they need to make buiding them their business.” ~ Scott Stratten, UNMarketing

In an instant, Little Red Tweeting Hood realized she had the power within herself to unfollow the Big Bad Tweeter.

She told her friends about the magic book.  They began to stand up to the Big Bad Tweeter, too.

Twitterville was forever saved that day and Little Red Tweeting Hood continued to grow into the social media diva she had always dreamed of becoming.