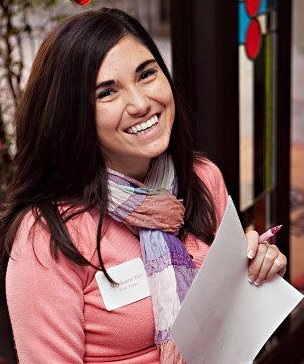 When our Twitter account was first created it was being used as a way to push out information on our recently awarded jobs. Unfortunately, conversations with other tweeps were not taking place. I really had to wrap my head around how to establish a “voice” for Multivista so that we could converse with other construction industry stakeholders in a meaningful way.

I tweet daily, but I do not have a set schedule. My goal each day is to check Twitter a minimum of once in the morning, in the afternoon, and before end-of-day. Some days I tweet hourly; other times I tweet once a day! I am also responsible for Multivista’s other marketing activities, so our social activity is dictated by what is going on in Multivista’s world and what is on my calendar for the day. It is a fun balance!

People are on Twitter to connect and have conversations with others. So engage in conversations and ask questions. I have found that seasoned Twitter users are happy to help out!

I love hashtags! They provide such a great way to connect with others and organize content. For the construction industry a great one is #AECSM. Not only is this a weekly AEC (architecture, engineering, construction) industry tweet chat used to talk all things social media, but it has also helped me to connect with some great people on Twitter! The #AEC hashtag is also very helpful. We’ve made some great connections following those two!

There are so many, so I’ll just list a few!

Check our #FF recommendations for a full lists of great people to follow!

Just say no to auto DMs.