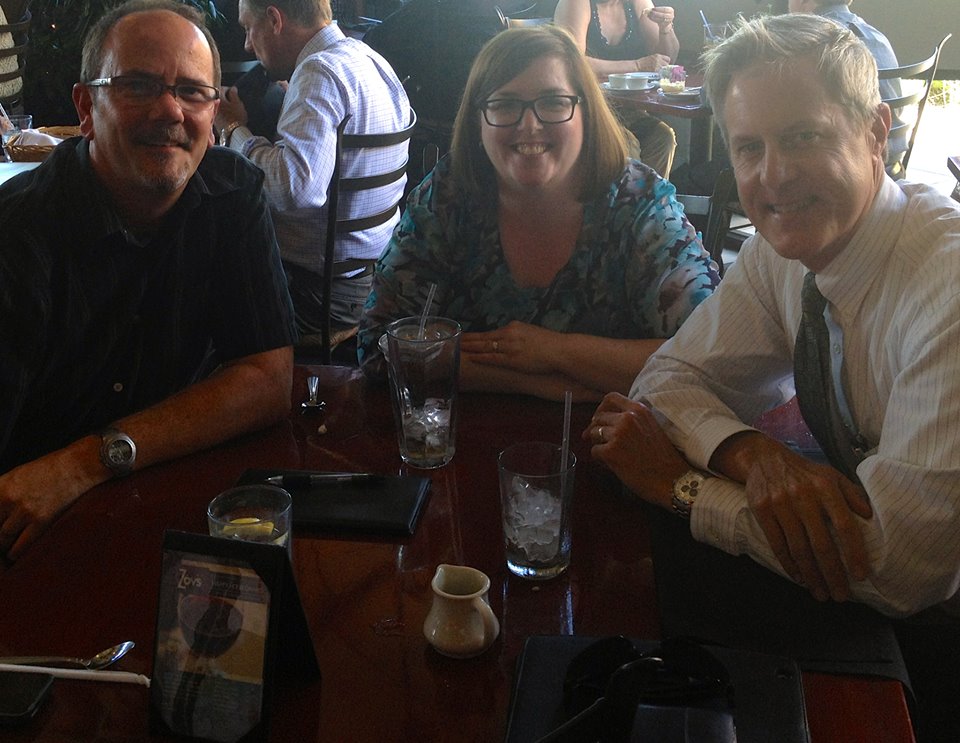 Even after all of these years, it puzzles me that the commercial real estate (#CRE) and architecture, engineering, and construction (#AEC) communities are still relatively small on social media. It should come as no surprise that whenever I happen upon someone from those fields, I practically do somersaults in my office.  To find someone that’s local to boot, is virtually miraculous.

This summer (I’m not even sure how at this point) I came upon the Twitter feed of Allen Buchanan and, like social people do, we tweeted back and forth, read each other’s blogs, etc. He is an active blogger and started a short video series called Tuesday Traffic Tips, too. Naturally, the we hit it off over the geeky stuff.

I noticed that he is very detail-oriented, very much like Tom. [Cue: Matchmaker from Fiddler on the Roof] I just knew I had to get these two together in one room. So, in a moment of bravery, I impulsively tweeted:

@allencbuchanan I keep telling the Boss-Man that the three of us should have lunch. I think you'd love Tom!

Yes, this was all public save a direct message (DM) for the actual time and location.

I made a reservation but was all butterflies. I normally don’t arrange lunch meetings and am not good at meeting new people. I pestered Tom to drive over there extra early just in case.

Headed to @Zovs to meet @allencbuchanan and introduce him to The Boss-Man. Exciting!

As it turned out, Allen arrived just as we walked in. Handshakes and smiles all around, we were seated, and the conversation naturally flowed.

It’s easy to forget that most of the requisite small talk (the butterfly-inducing part) has already been done on Twitter. When you meet them in person, you can jump right into a genuine, valuable conversation. In other words, I met someone I already knew. At that point, it’s easy to introduce the third party (Tom). All I had to do is let the two of them talk shop and the lunch was a win.

Needless to say, it was an enjoyable lunch. The bonus is that we started a referral relationship that can possibly be mutually beneficial, since we both work with commercial owners and tenants.

Are you looking for a broker? Allen’s ideal audience is “an owner or an occupant of a warehouse or manufacturing building in Southern California in the 20,000 – 70,000 square foot range.”

Have you invited a Twitter follower to lunch or coffee? How did it go?

4 thoughts on “Take a chance! Invite a Twitter follower to lunch.”