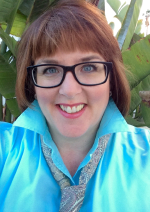 But, like most things in social media, this is a personal choice.  My feeling is that because of the way email is formatted, we’ve all become used to reading the newest item first.  It’s really up to you.

I have a loose schedule.  I check my email, Facebook, and Twitter first thing in the morning, responding where appropriate.  At a minimum, I check again after lunch.

Twitter is a great way to further your education.  In teaching we learn about “sponge activities” which are tasks that take up time without wasting it.

My job has a lot of waiting built-in.  I like to use that time for something productive like reading the content in my Twitter (or Facebook) stream.  These are low-level committment activities.  Meaning, when I am ready to continue onto the next task, I just stop reading. It’s not the end of the world.  It’s a win-win situation.  I’m using my brain, furthering the engagement for our account, and learning something.

I’ve always said that Twitter is akin to a Think  Tank.

Tweet something every day.  Any one can keep a twitter account alive, with a pulse, albeit life-support, with a minimum commitment of five minutes a day.  You also want set up your account so that it doesn’t resemble spam.

When you have time, make lists to make it easier to filter your stream for specific purposes.  For example, I have a “subcontractors” list and a “client” list that I want to see every day.  I actively read and retweet these accounts because they are very important to our business.

I know that I came up with this question, but I do not have a favorite.  Hashtags are like children, we don’t have favorites.  I like to make up hashtags, too like #youmightjustbespam, #kloutff, and #noAutoDms. I use #FBLT, #ff, #construction, and #OMTip quite often.

I didn’t have a mentor per se. When I started this account, my initial strategy was to follow people in our county, people in real estate, and construction folks. There are a few people that took me in right away and made me feel like tweeting for business was not a huge mistake: @imadnaffa, @burginco, @tednguyen, @jonlan, and @ksablan.

Obviously, there are so many people that I am thankful to have met and, in all honesty, have made me a better person, but that would take up too much space in this already way-too-long blog post.

Looking backward, stranded on a desert island, with only one Twitter account to follow, I would have to recommend @CopyBlogger. They are my biggest influence and my favorite blog.  A majority of my “expertise” has either come from them or @LeoLaporte and the Twit podcasts.

I like to use MiniDeck (it’s in beta – 4/9/15).  It schedules my tweets throughout the day (based upon when they think it will be most effective).  That way,  when I have a few minutes to tweet, I can get the information out there without making my stream an AK47. But I only schedule when I’ll be online.

Ever wonder how to add more retail storefront? Watch our video on http://www.rigginsconst.com/projects.html